The Myth That Gen Z Do Nothing About Climate Change

“Why don’t they get off their bloody iPhones!

“Stop getting lifts from mum and dad!”

“Go back to the Stone Age and live in a cave if that’s what you want!”

Despite their arguments having more holes than Swiss cheese, the tiresome perception lingers that Gen Zs are doing nothing about climate change. Or that when they do do something about it, like protesting at the Greta Thunberg-led School Strike For Climate, that they’re just doing it to bludge from school.

After the Sydney strike in September a viral fake news photo spread through Facebook which showed a sea of rubbish littering Sydney’s Hyde Park. The post claimed it was left behind by the school climate strikers. It was music to the ears of climate change deniers who licked their lips and shared the photo over 34,000 times.

Except the photo was taken after a 420 marijuana celebration. At Hyde Park. In London. Five months earlier. 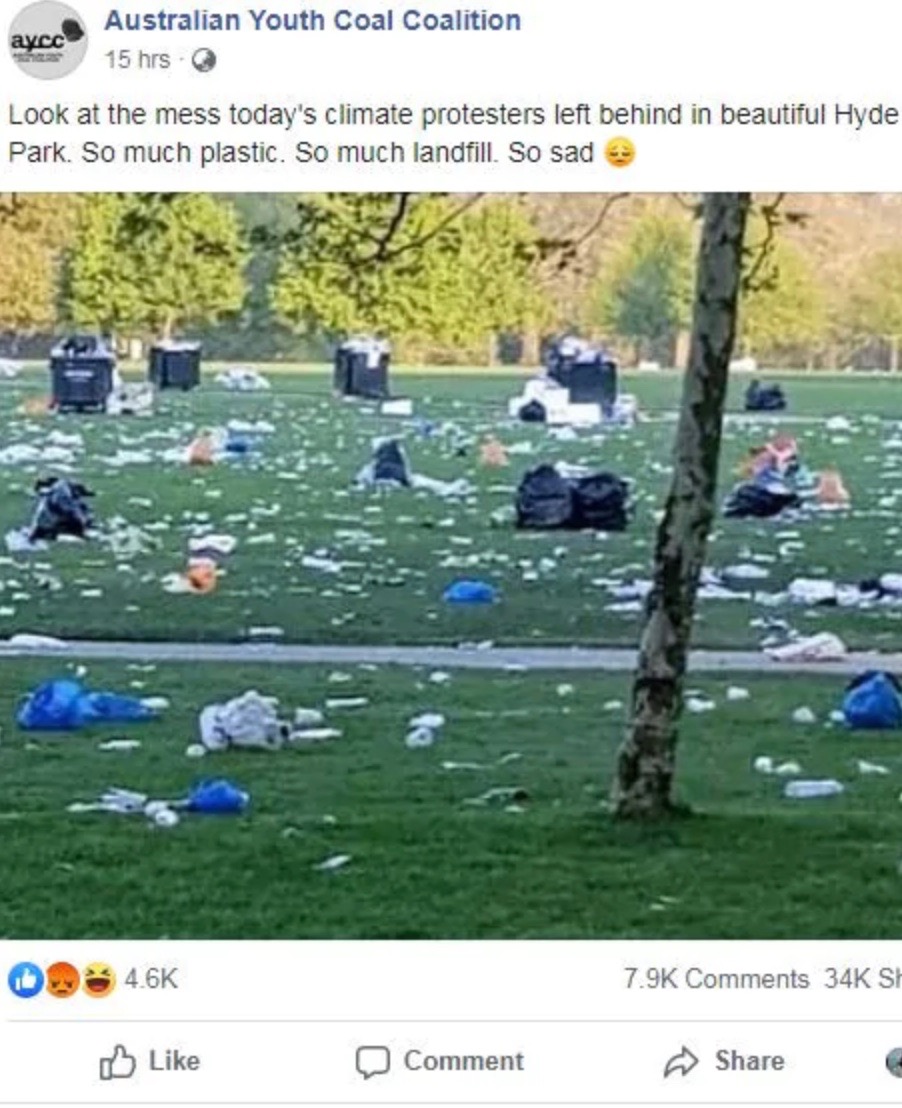 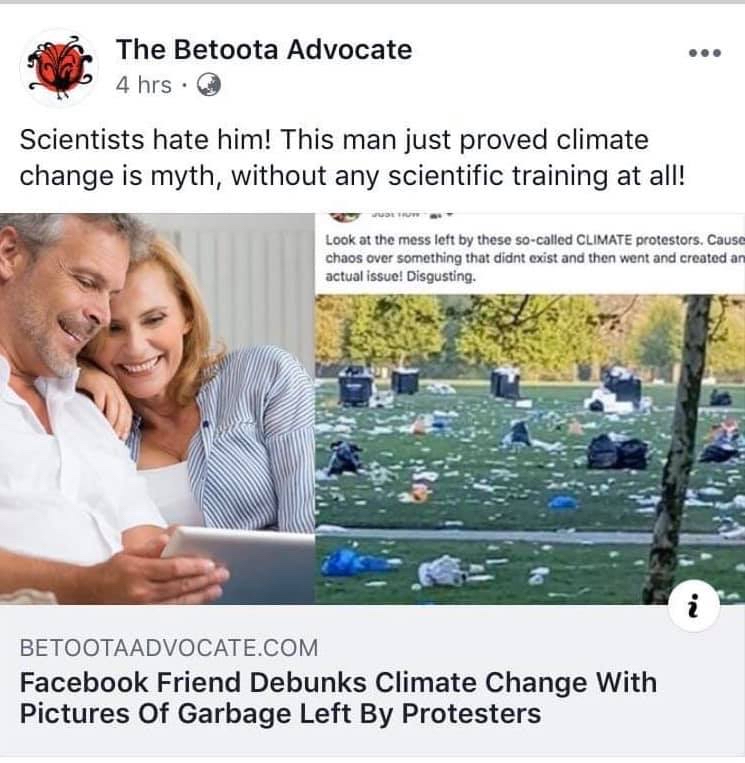 In some parts of the internet the level of disinformation surrounding young people and their quest to combat climate change is mind boggling. But the bad news for their detractors is that Gen Z’s solidarity on climate change will eventually tip the scales in their favour. It’s a mathematical certainty.

Year13’s YouthSense research surveying Gen Zs across Australia has found 96% of them believe in human-made climate change. Before someone arks up, it wasn’t just a survey of inner-city latte sippers. Or is that “inner-city raving lunatics”? The survey took in young people from cities, towns and rural parts in every state and territory across the continent.

Crucially, by 2024 Gen Ys and Zs will overtake Baby-Boomers and Gen Xs to be the most dominant demographic in Australia. And with more time left to live on this planet they have more skin in the game than the latter.

So in case the headline hasn’t sunk in enough we’ll say it one more time – Gen Z doing nothing about climate change is a myth.

Take this 17-year-old from NSW. He told us how he’d spent the first two months of this year living under a tarp in Queensland.

“I spent every day fighting the Adani mine and building connections,” he said.

“Since then I have been voluntarily homeless, travelling around helping and organising environmental campaigns to disrupt the system and trying to get some actual action on climate change.

“This year I have been beaten by police for trespassing, watched friends get fined upwards of $10,000 for blocking a multi-billion dollar company from pushing coal out and dooming our future, and I have been taken through the courts myself.

“I’m 17 and my whole life I’ve been told to stand by while corrupt systems of oppression put the nails in my generation’s coffin. So yes, yes I am worried, distressed, angry whatever you’d like to call it, but in my mind the question isn’t success, it’s survival.”

While not all the Gen Zs who spoke with us about climate change had gone to his level, they still were taking action. For many, like this 16-year-old from Victoria, it’s driving their career choices.

“Climate Change – one of the most terrifying challenges my generation will face. And if people think I’m going to sit around and do nothing about it then they’re damn well wrong,” she said.

“I believe that I’m needed, as are other young people, to be in an industry that is conducting the research on climate change and how to adapt our world to a more sustainable future.

“The overwhelmingly scary concept of climate change and how our planet will progress is what motivates me the most – you have to pursue that thing that scares the absolute crap out of you!

THE GRETA THUNBERG HELPLINE:
For adults angry at a child. pic.twitter.com/JAtIKyG4Va

An 18-year-old from Victoria said climate change had inspired him to get into a bachelor of science.

“Hopefully when I’m done it will take me into a future area where I can do something to do with conservation and the environment to stop climate change,” he said.

“At the moment I’m trying to save as much money as I can and looking for volunteering opportunities so I can help organisations that have a similar goal to my future which will go a long way to helping me find the job where I can make a difference.”

A 19-year-old from NSW told us how climate change was pushing him in a different direction to science but with the same goal in mind.

“I’m worried about climate change. The planet needs our help and so do its inhabitants,” he said.

“I’m currently studying law and three languages. I wish to engage in international politics and spark conversations about environmental and social issues that transcend borders.”

Similarly, a 20-year-old from Western Australia told us how she was studying social justice and law at university with the hope to work in environmental law.

“I often get very pessimistic and negative when focusing on what is such a heavy issue which we are all facing,” she said.

“I try do my best to reduce my carbon footprint and look after the Earth, and I try encourage others to do so. I hope to work in this field one day to see real change towards a sustainable development way of life.”

A 19-year-old from Victoria told us how her climate change concerns weren’t affecting what she studied, but the way she studied.

“I do as much as I can online, ensure everything goes into recycling/compost/soft plastics bins and I’m preaching this to everyone else.

“I’m scared no action will be taken to combat climate change and although it doesn’t directly affect my future work it still 100% indirectly affects it and my everyday life too.” 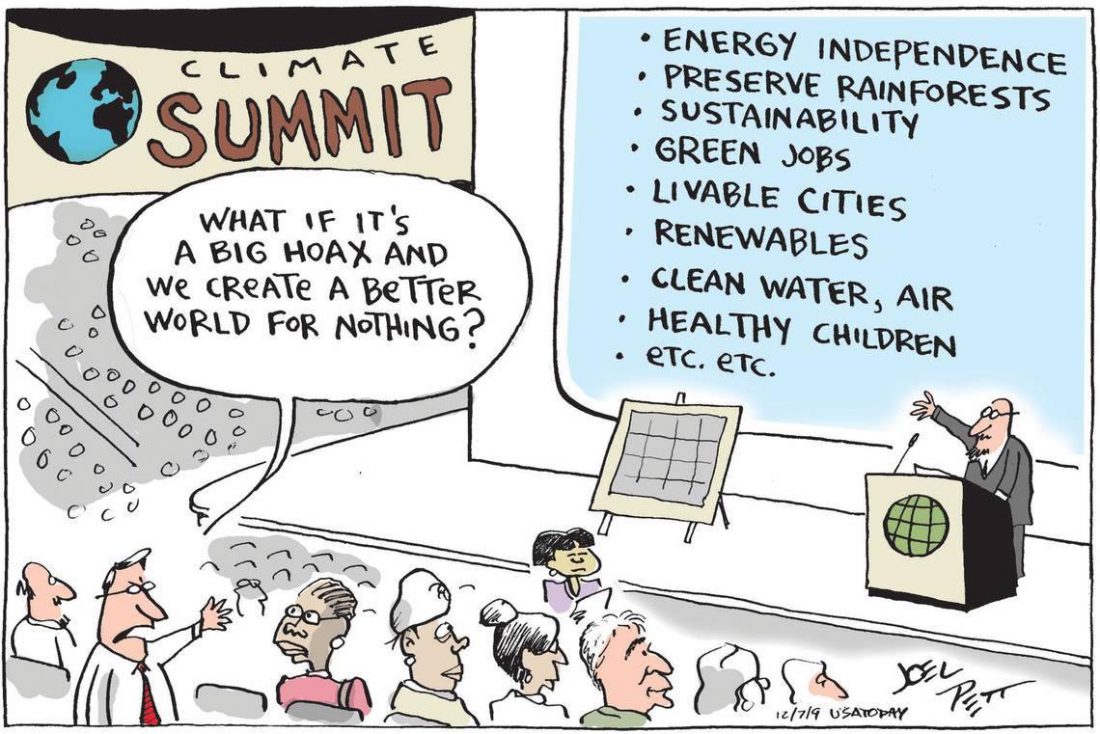 Outside of work and study there are the day-to-day actions young people, like this 21-year-old from Victoria, are taking.

“For me a successful future is having a future,” she said.

“This is only possible if everyone lives sustainably and helps combat climate change. To prepare for this, I am living as sustainably as possible.

“I’m limiting my meat consumption, my plastic use and only buying second hand clothing, just to give a few examples.”

Which brings us back to the School Strike For Climate – just a day off from school for students who apparently don’t actually really do anything beyond waving signs around and shouting in the street.

“I’m participating in advocating for change in my school environment as well as taking part in school strikes for climate action,” she said. 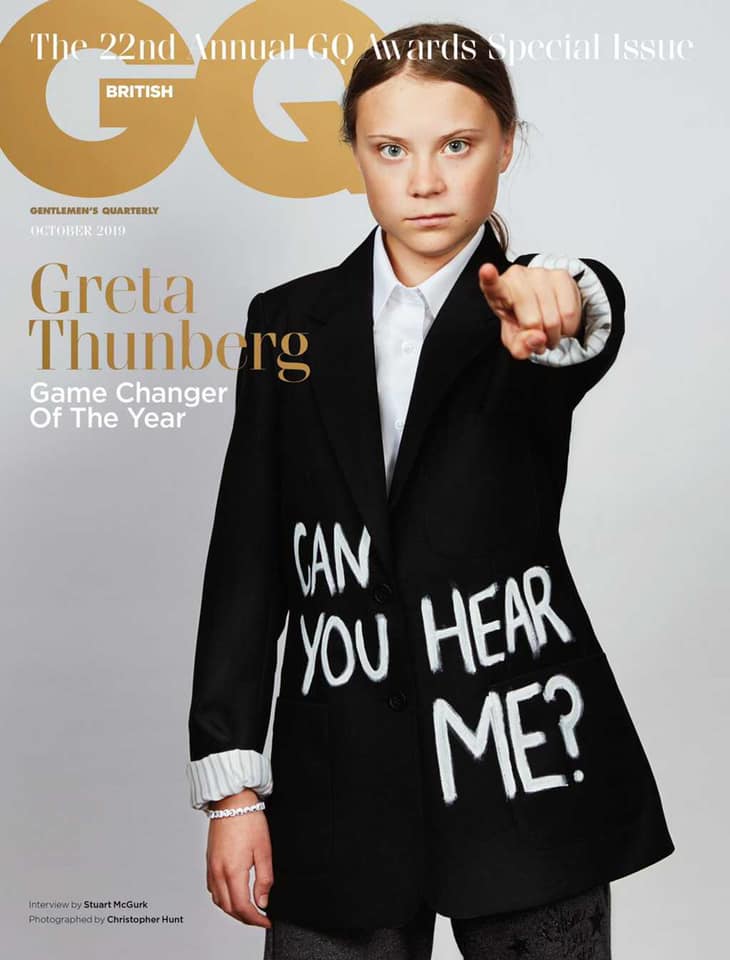 “As well I’m doing my own part in being environmentally friendly. Something that’s holding me back is my lack of time and sometimes my ability to be heard and understood by people older than me.”

Her last statement is the sucker punch of truth for many young people today. They’re not being heard. And when they make a noise loud enough nobody can ignore it, they’re told to shut up.

A 17-year-old from South Australia who helps organise the School Strike For Climate in Adelaide summed up the fears of his generation.

“The planet doesn’t need us, we need the planet, and we need to care for the planet because it is the only Earth we have,” he said.

“I am worried about what the future will be like. Will we reach that 1.5°c warming, or will we save humanity?”

As you can see, Gen Zs aren’t just complaining about climate change. They’re actually doing something about it. Before anyone drops Facebook rants about iPhones and air conditioning and them being all talk, they should try talk to them first about what they’re doing. They’ll probably be surprised to find it’s a lot more than they thought.

The Jobs You Can Get Through TAFE Will Surprise You