Their futures are shaky like a quadrangle of cards.

Young high school graduates who are unsure about what they want to do next simply jump straight into uni for the sake of it. Often they’re under pressure from parents and teachers. They hope everything will fall into place once they’re there. But the stats don’t lie. For these students the cards their futures are built upon often come crumbling down before the year’s even out.

This is because 20% of Australian first-year university students drop out of their degrees each year. The top reasons we’ve found for students dropping out are because they aren’t enjoying what they’re studying and because they’ve gone into a degree without actually knowing what they want to do with their life.

Year13’s YouthSense survey of 1400 Australian Gen Zs this year found of those who’d already graduated 21% didn’t have a plan when they left high school. Another 29% said that they had a plan but didn’t end up completing it. Just 50% said they successfully finished what they had their eyes set on when they graduated high school.

An 18-year-old from South Australia told us how she was one of the students who left school with a plan which she ultimately ditched. Instead she was bartending at two different pubs and doing babysitting to save money for a gap year which would take her to work at a summer camp in the USA before doing hospitality in Canada. 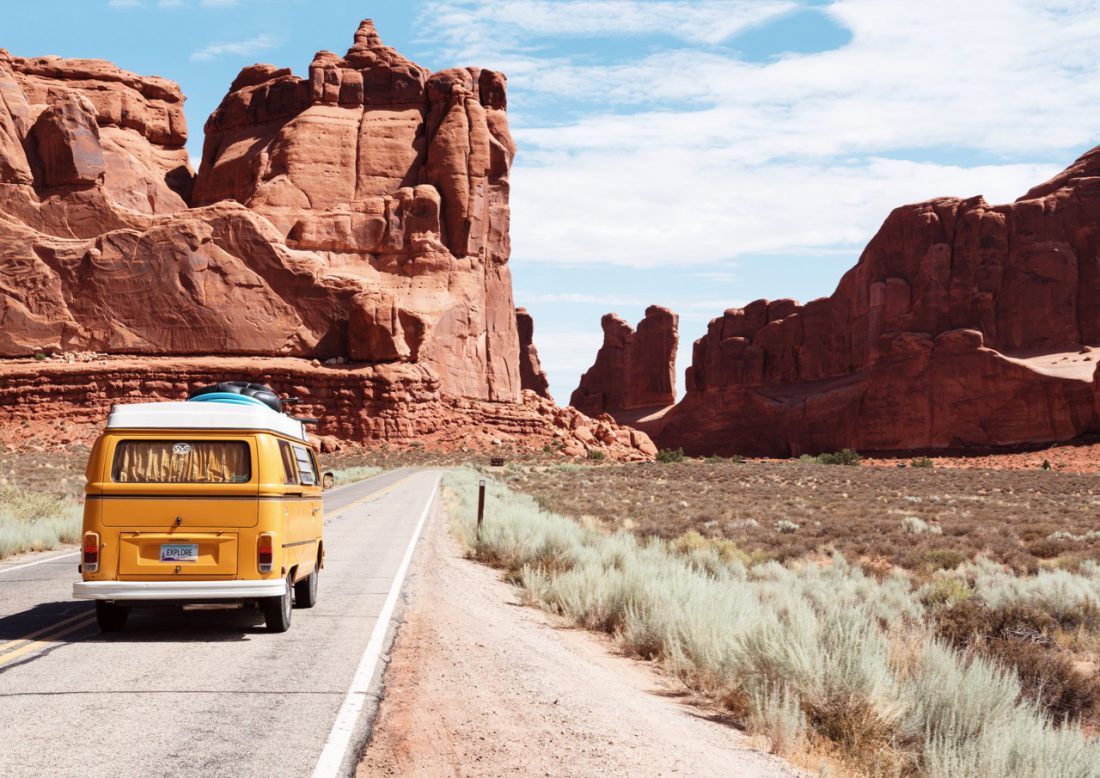 “If I didn’t come across these resources on your website I would’ve went into a nutrition and dietetics university degree I wasn’t 100% interested in,” she said.

“I feared I would miss out on uni life with friends and would ‘fail’ my family and teachers.”

Instead she said through having to take numerous interviews, organise visas, flights and insurance as well as attend events by herself she’d gained confidence and independence.

“I’ve become addicted to the feeling of getting outside of my comfort zone and seeing personal growth in myself,” she said.

Once she touches down back in Australia she said she wanted to do a business degree and get into public relations or marketing. The spark? Her time collaborating with others organising her gap year.

“I would enjoy the research and organising side of things that are involved in the job,” she said.

“I am now confident in what I am doing and believe it will allow for more personal growth and reassurance in the direction I want my life to go.” 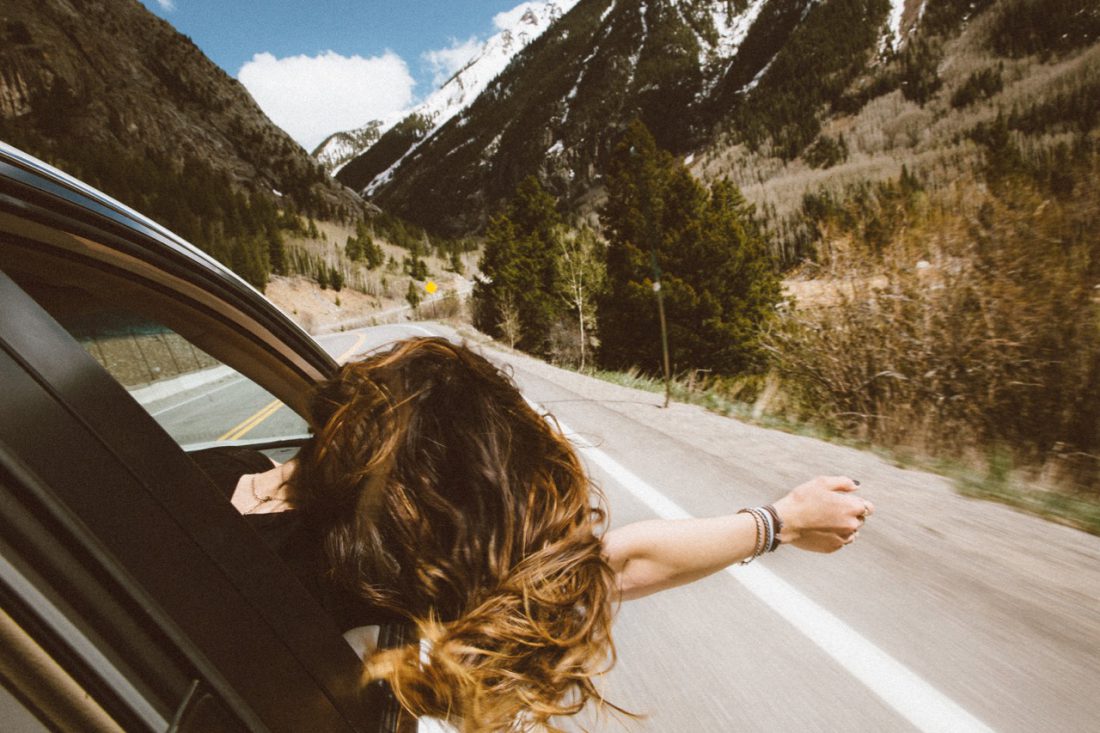 Let’s compare her story with another 18-year-old from NSW.

“The future causes the most stress for me as I am confused about what exactly I want to do,” she said.

“I have such a variety of passions and like so many things and want to go to uni. However nothing there really makes me more interested and excited to learn. I find it extremely frustrating not knowing what I want out of life and this makes me stress even further.

“Currently I am at uni knowing I am going to drop out because I don’t like it but I just don’t know where to go next and need some help deciding but don’t know who to reach out to for the answers. I am trying to deal with it by staying optimistic but am recently struggling and trying to find new ways to deal with it.”

Hearing both these stories two things are obvious.

Number one is that the first student’s decision to take a gap year was a good one. Number two is that the second teen could have really done with one. 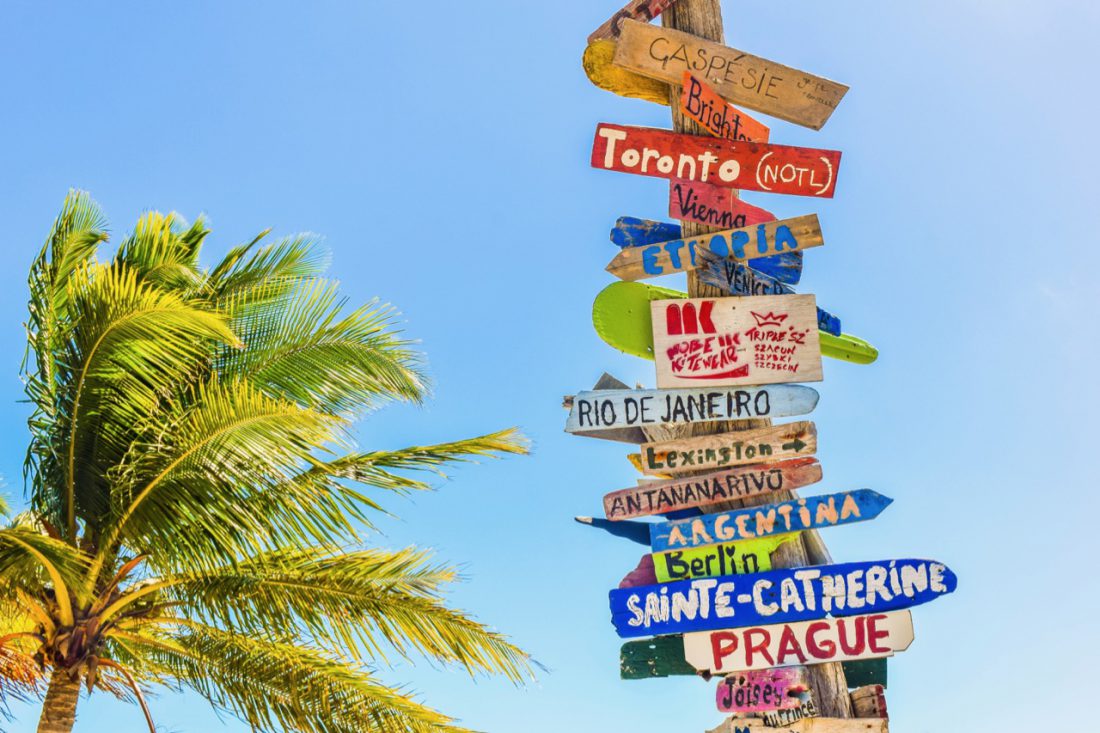 She has the sort of confidence every parent wants their child to go to into university with. Her vision for herself is clear. Her foundations for her future aren’t built on a flimsy quad of cards. The chances she joins the 20% of first-year university dropouts? Slim to none.

According to a study published in the Developmental Psychology journal, gap year takers tend to perform better at university, with more gaining first and second class honours. They’re also less stressed than those who head straight to university after school.

Our survey found 54% of Gen Zs said they thought taking a gap year after school positively affected their future performance in education and training. Just 11% saw them negatively while 34% were neutral.

The top two reasons for going on gap years they said were to take a break and recharge and to figure out what to do with their life. 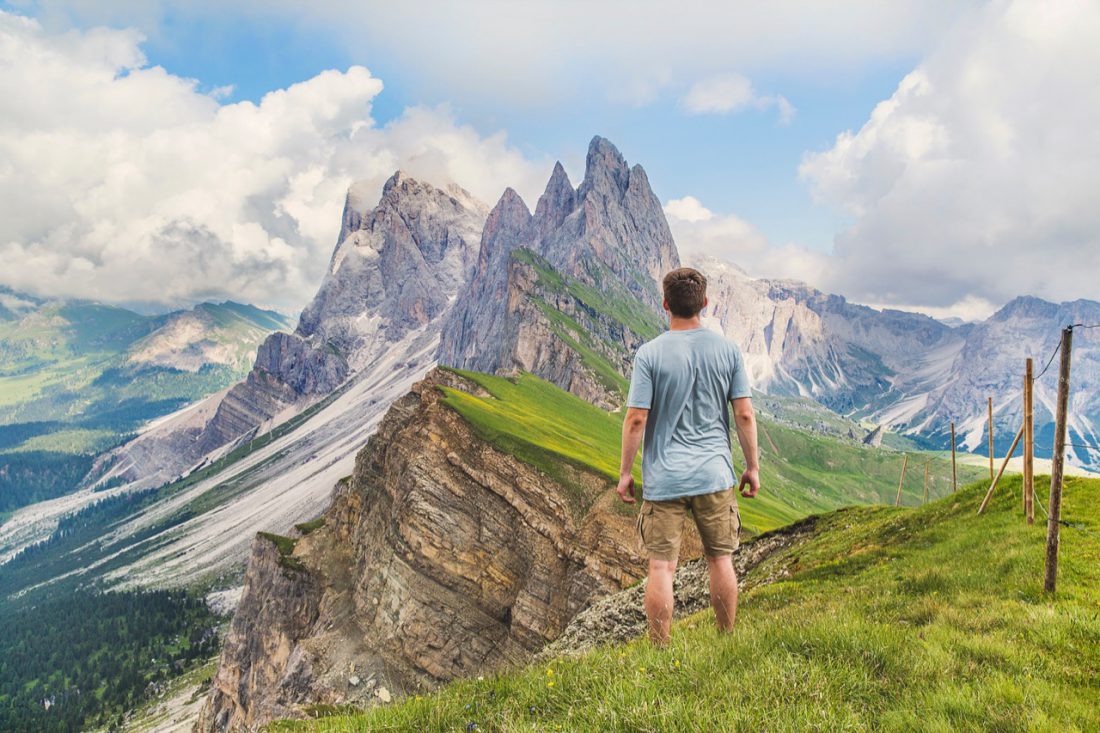 A 19-year-old from the ACT, whose gap year took him working through Australia, Japan, Canada, the US and the UK, was a case in point.

“One of the main reasons I chose to take a gap year was to become a more confident person and to discover what I’m interested in,” he said.

“I have more time to figure out what I want to do in the future. By the time I finished 13 years of school in a formal education setting, I felt a bit burnt out after studying/working for so long. A lot of students head to university straight after high school, like a lot of my friends. But I believe I’ll arrive at uni feeling refreshed, motivated and ready to study again.

“It is also pushing me to be more independent. Without the safety net of home, I have to make choices for myself while becoming better at adapting to new places, because a gap year forces you to integrate into a new society, new group of friends, even new languages and cultures.”

Despite these overwhelmingly positive accounts of gap years, 26% of our Gen Z survey respondents said their parents had a negative view of them compared to just 20% who said their parents saw them positively. The remaining were neutral. Evidently with a large amount of parents there is still a stigma attached to gap years.

But as an 18-year-old from NSW told us, it’s time this stigma was stamped out.

“Taking a gap year has been a real eye opener for me,” he said.

“It has allowed me to gather my interests and talents and really explore what I want to do as a career while working part time on the side.

“I think people are too rushed in modern day society to pick a career and do it straight away without enjoying life or picking a career that they truly want to do.”

As seen here gap years can quite literally be life changing. In the process they can help reduce uni student dropout rates. While every case is different, there’s a good chance gap year takers will be some of the most sure and committed students in the classroom.

Grab a free copy of our Here Comes The Drop university report and find out how to better prepare young people for university. 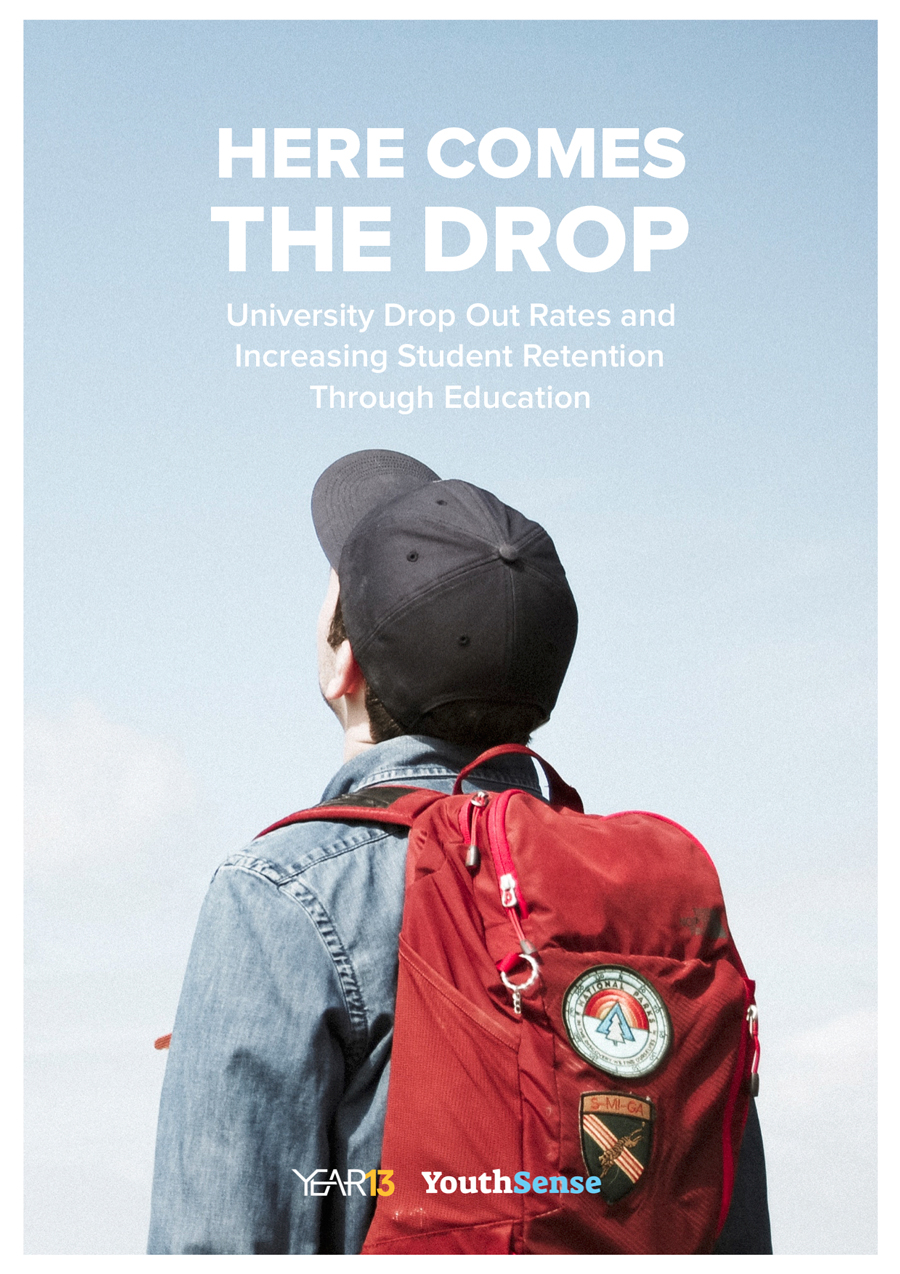 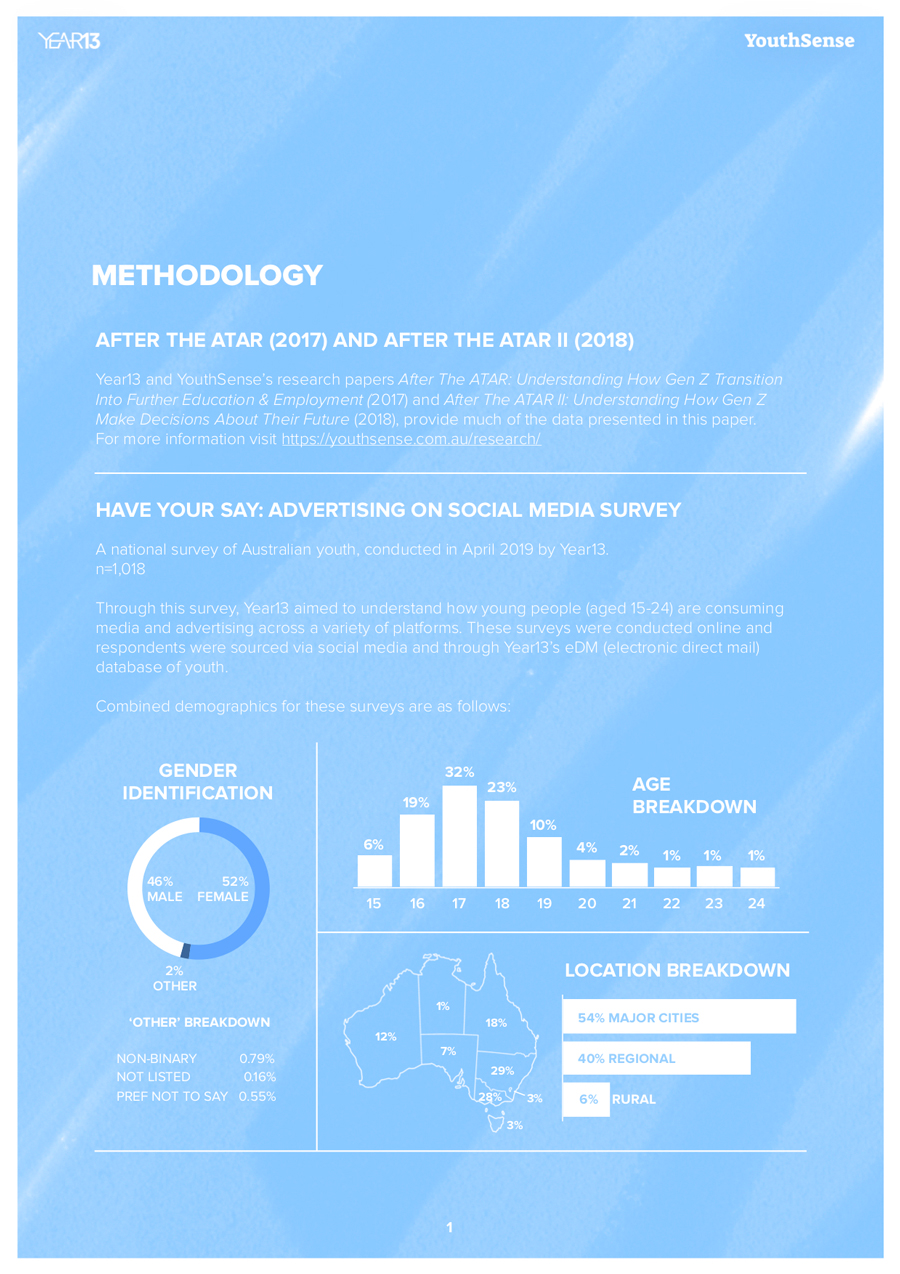